A Pre-Winter Vacation Party For My Daughter and Goodies - Of Course:) 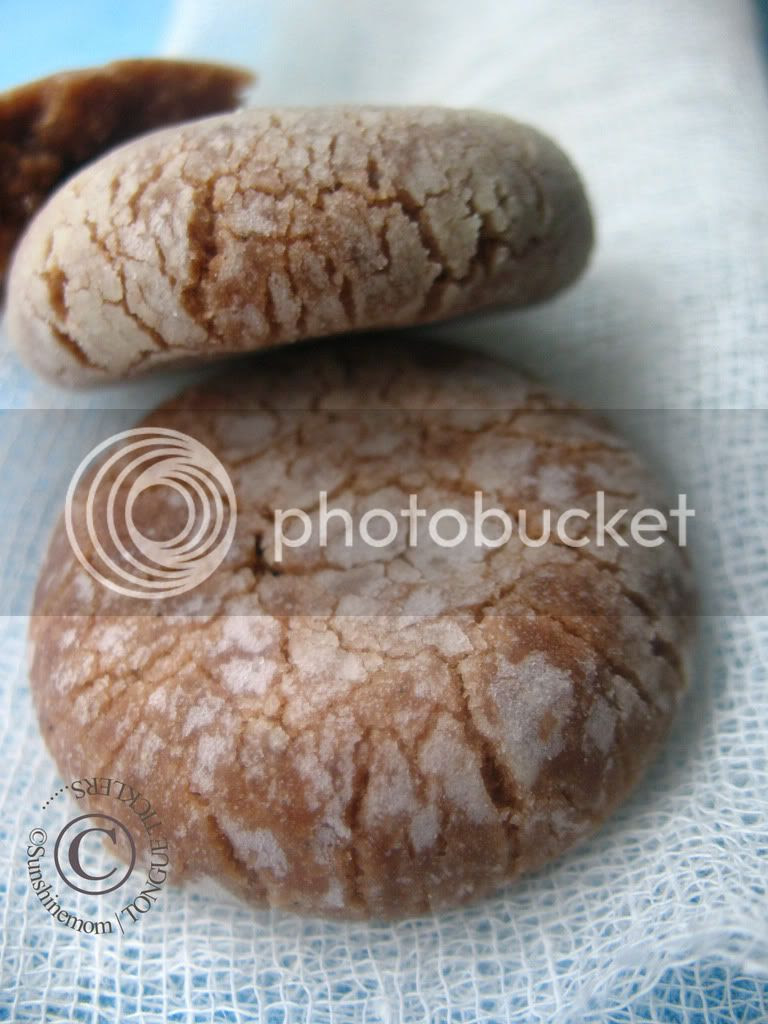 My daughter's birthday falls in June end when the rainy season just begins and most of her friends are not usually not able to attend her birthday party. It is also a time when the summer vacations end and having had a hectic vacation I am tired out and not in a mood to prepare many items - some how it is also not a time when appetites are at their best, probably because of the onset of rains, colds, coughs etc.

My son's birthday on the other hand falls in November, a time when the sun sets faster, and evenings are pleasant, a time when children do not usually fall ill and when hunger is at its peak. The relief in the climate also shows in my cooking because during winters I do not mind standing in the kitchen for sometime as the warmth feels good.

As a result my daughter sometimes muses how I enjoy making nice things for Jr.P but not for her, not that she requires an excuse for this - it is just a way to make me feel guilty! This time she did not say much, but you bloggers have set me in a Christmasy mood which doesn't usually happen - at least, not in Thane! I noticed many lovely cookies and other dishes in various blogs, and people talking of pre-Christmas parties and what not - I just had to do something to let the happiness show, and what better way than to entertain a bunch of energetic girls! As usual nothing was planned - I asked my daughter whether she liked the idea a couple of days back and she was so enthused that she immediately made a list of her close friends and got back to me yesterday with seven of her closest buddies. She chose the menu, and I am afraid it is become predictable - those brownies (I am tired of them - honest!) with ice creams, puff pastries (I fumed and refused to dabble with laminated doughs - too much work!) - settled for cheese bread, and chocolate crinkles which she had seen earlier at Aran's "Cannelle et Vanille"! 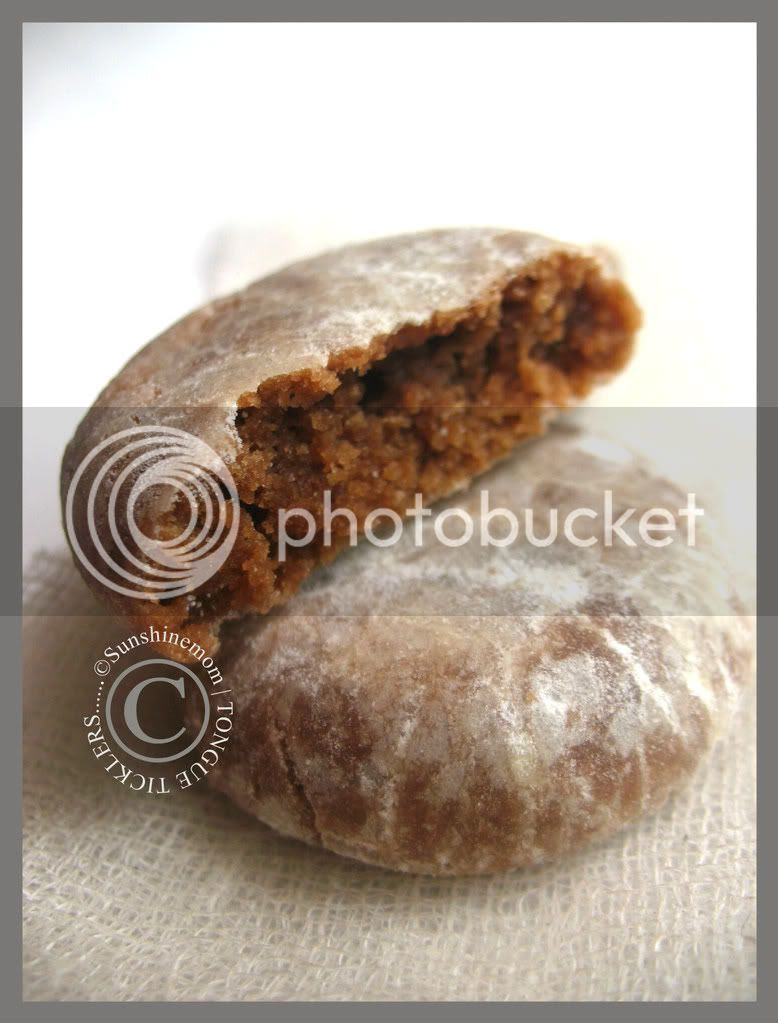 (I am sending the above photograph to DMBLGIT - January 2008. DMBLGIT is one of the finest foodporn events started by Andrew of Spittoon Extra. The Jan. edition is being hosted by dear Zorra of 1x umrühren bitte.)
One thing she warned me was - "Mummy," "please! no low fat substitutions!" (He he! What else do you expect from a teenager?).

I was surprised when she broached this topic rather skillfully asking me what they would do! I said - "play". She replied, "We are not babies anymore!". I said, "Well, talk." She replied, "How can we with you around?" Aaahhh! I should have known she has grown up! But then I did not really have any place to hang around. She suggested, "What about the parlor - you could do waxing, get a manicure or maybe a haircut?" I can almost hear Simran and Alka guffawing - my hair is so terribly short, it just can't go shorter! Anyway, I convinced her that I would not enter their room or make myself visible except for more than what basic courtesy demands.

Today was the last day of school before it closed for the vacation and the girls were happy when they trooped in directly from school and got into their party wear (jeans - what else?!). I was introduced to each girl and after the first smiles and hellos they got closeted inside their own world - I could hear dancing and singing to 'Rock on' which is the latest craze apart from the High School Musical Scores! Joined in a bit as I cannot really stay quiet as a mouse for that long!

As always their energy floated and pepped me which is one reason why I like children - their positive vibes are so high, it is difficult not to get caught on and swim in the tide! They loved my preparations, ate well and enjoyed their day, and my son made the biggest sacrifice by going not entering the room when his sister's friends were here, mostly because her friends were treating him as 'a so cute, so sweet' little boy;)!

Chocolate crinkles:
When I asked her what kind of cookies she would like, Jr.H immediately told me - "Mummy, go to that Vanille blog and I will show you what I want." I was a tad intimidated - what if she asked for something ethereal like Aran's macarons! Thankfully, she pointed out the chocolate crinkles (Recipe by Anita Chu of Dessert First). These had been on my 'must try' list so I was quite happy and relieved! I veganised the recipe by substituting the egg with 2tbsp. soyvita powder beaten with 2 to 3tbsp. plain soymilk. Otherwise I stuck to it faithfully all the way through. 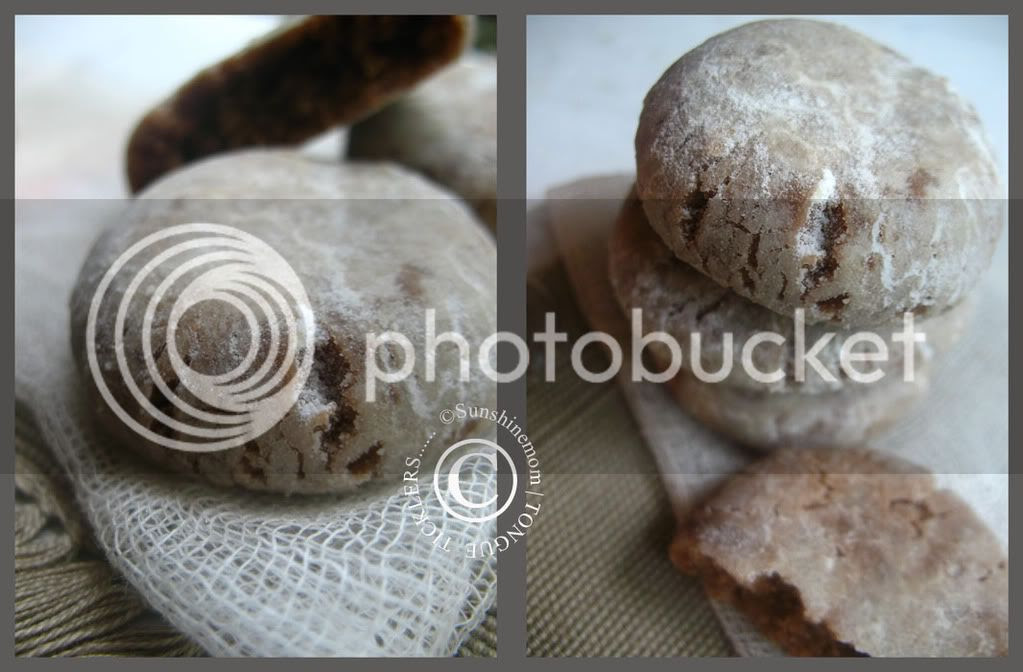 Method:
Melt chocolate and butter over a double boiler(I melted at power 180 in short spurts of 10s in the m/w till done). Remove from heat and set aside.

In the meantime, whip the soy eggnog with the sugar until thick. Add the vanilla extract and the melted chocolate and mix.

Sift flour, cocoa powder, salt and baking powder into a bowl and add this to the chocolate mixture. Mix until combined.

Place this bowl in the refrigerator for about 2 hours until the dough hardens enough to scoop out.

Preheat oven to 325F. Scoop one inch balls. Roll these in powdered sugar and place them on sheetpans lined with parchment paper. Flatten the tops of the cookies a bit with your fingers and bake until set for about 12 minutes. (I had to bake for about 15 minutes in my oven). I had to slip a tbsp of water under the parchment paper as the cookies were getting a little stuck. Once I did that they slipped off immediately.

My observations:
1. Do not let the tops dry too much, as the insides have to be a little crumbly.
2. Next time I would not use the icing sugar as everybody had one common thing about the cookie - why is it so sweet outside! This despite the fact that I did not roll it too much - it is a matter of taste, of course:) 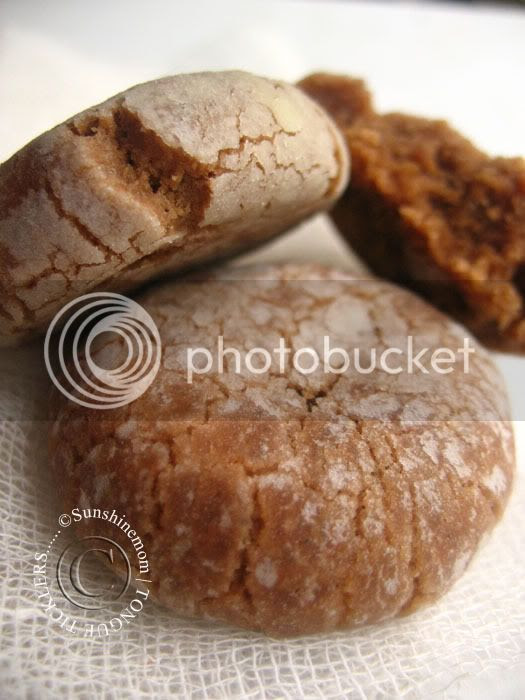 Cheese Bread - Recipe here. I twisted it twice this time instead of braiding and made one loaf with just cheese and brushed with garlic oil on the top instead of adding it with the cheese. This one was loved! The breads were hot out of the oven when they had it, so they loved it without even butter or cheese on it as planned earlier! These were a hit with my husband too! 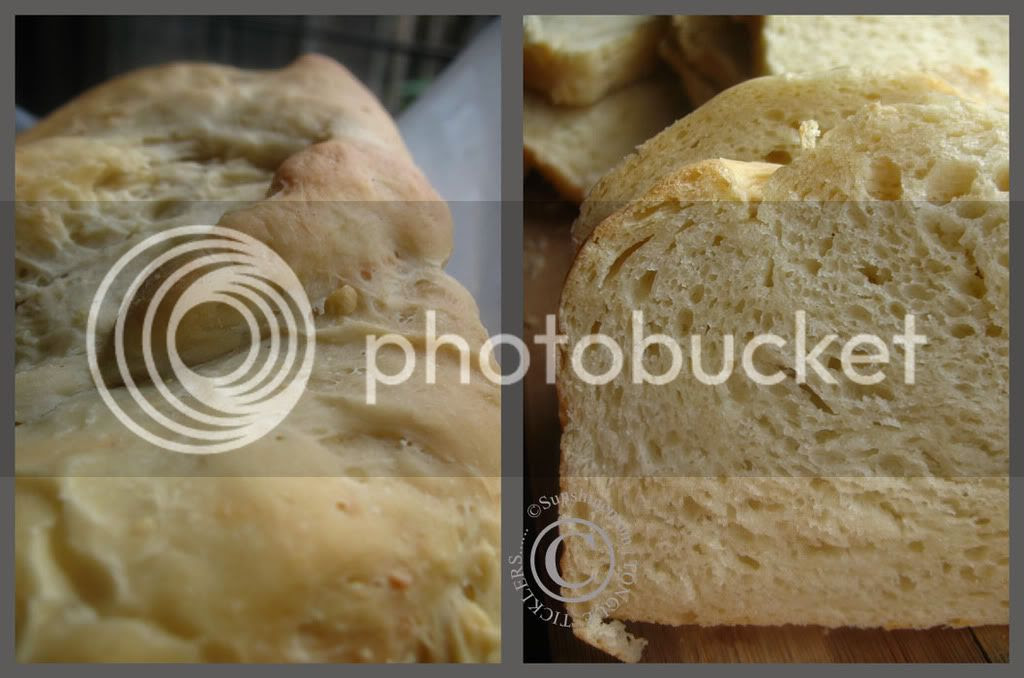 Herbed Cheese Bread - Same recipe, but I mixed a tbsp. each of chopped fresh rosemary and sage. I think the herbs may have been overpowering or that the girls probably still need to develop taste for this as only 4 slices were consumed! This is something that only P liked! 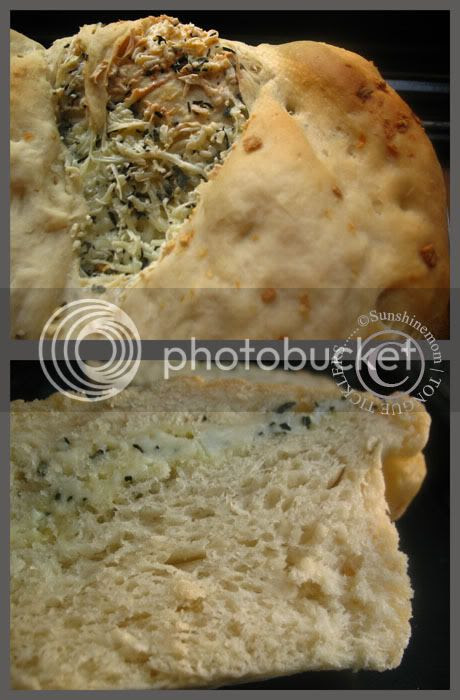 Brownies - Same as these. When I made it for our blogger meet I knew I hadn't got the texture right though Alka and Simran did not point it out or probably did not notice as they had not tasted the earlier one. This time I got it right - it is just that the other day I was in a hurry and mixed up the batter at a good speed causing gluten production and a more elastic cake batter than that desired. The trick is to lightly cut and fold and not beat once you have added the flour to the butter chocolate mixture! This time it was perfect like the first time - crumbly and dense!

These are perfect for so many events! I am sending them to:
JZ of Tasty Treats for her Santa's Holiday Challenge

Vandana's Baking for Beginners at Cooking up something nice 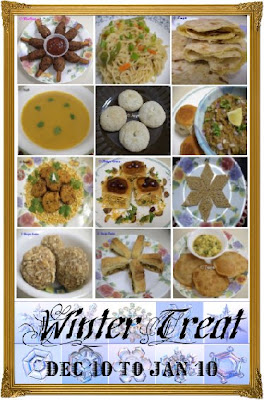 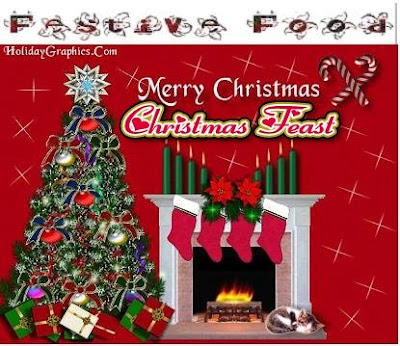