A few days back Simran wrote to me asking whether we could meet, I asked Marie and Alka, and it all happened really soon! Yesterday Simran of Bombay Foodie, Alka of Sindhi Rasoi and I met up at the picturesque and peaceful, breezy Carter Road Promenade and had a great time. I was to join Alka in the train and the only identity I had was that she "was in pink" - well! what a confusion - I joined someone else in pink:), but then all is well that ends well! We met as decided, Alka in pink, me in blue and Simran in black and it was a delight as our familiar names searched for the unfamiliar faces behind them, and at the end of the evening, we had become good friends, gifted each other thoughtful items, and discussed everything under the sun including blogs.

I was to attend a party last evening, and when I left home for our 'bloggers meet' I promised the children I would be back early to take them out as this was our first meeting and not likely to last more than an hour - I was wrong! When I saw Alka walking towards me at Sion I wondered about the huge sack she carried, and as we sat at a bench in the park out tumbled the goodies - the yummy kokis which Simran and I hogged though we were not really hungry because there is really nothing on earth to beat a Sindhi Koki! Next came large boxes of her tasty 'nariyal barfis', packed extra for me as she remembered that my son has a sweet tooth:). Simran gave us some delicious homemade checker board cookies which were simply buttery and melt in the mouth. She brought me some nori sheets from her gourmet 'Godrej Nature's Basket' shop:), and I gifted them my vegan brownies and vegan, extremely low fat plain cake (recipe follows).

Here is who we are - match the legs and the hands if you can. I think it is pretty easy but then I might be wrong:). 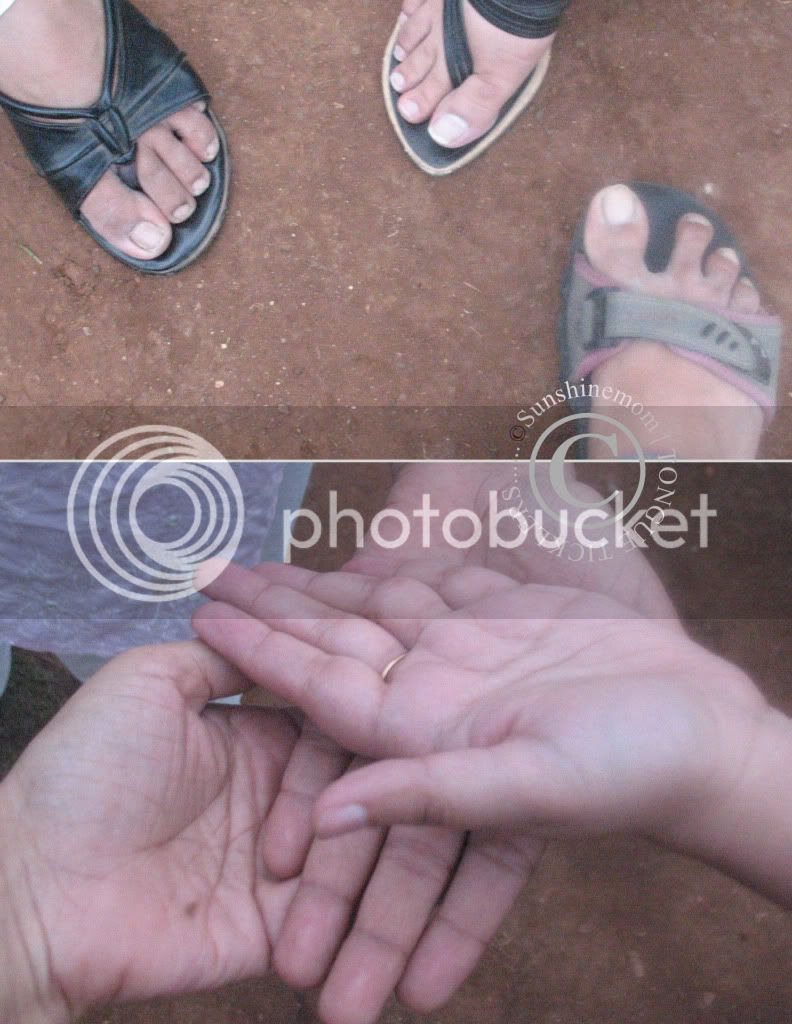 These are Simran's delicious and buttery checkerboard cookies - Simran, now I have to tackle that question again - why do you make yours low fat mostly? from both Jr.H, and Jr.P; 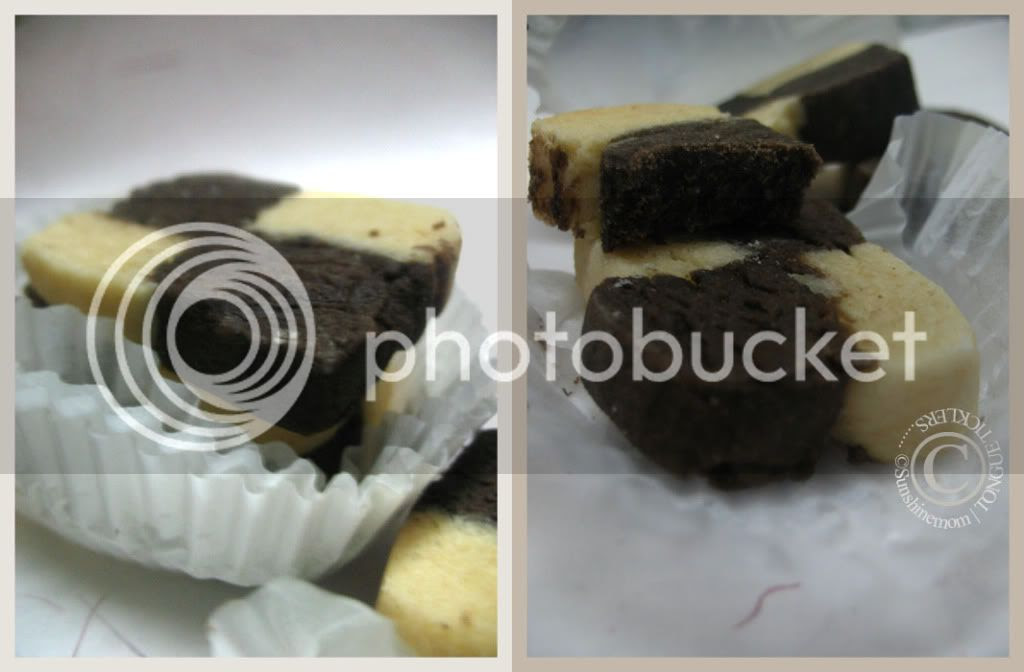 Alka's colourful and tasty Nariyal barfis which my son loved so much - thanks for the extra thought, Alka:) 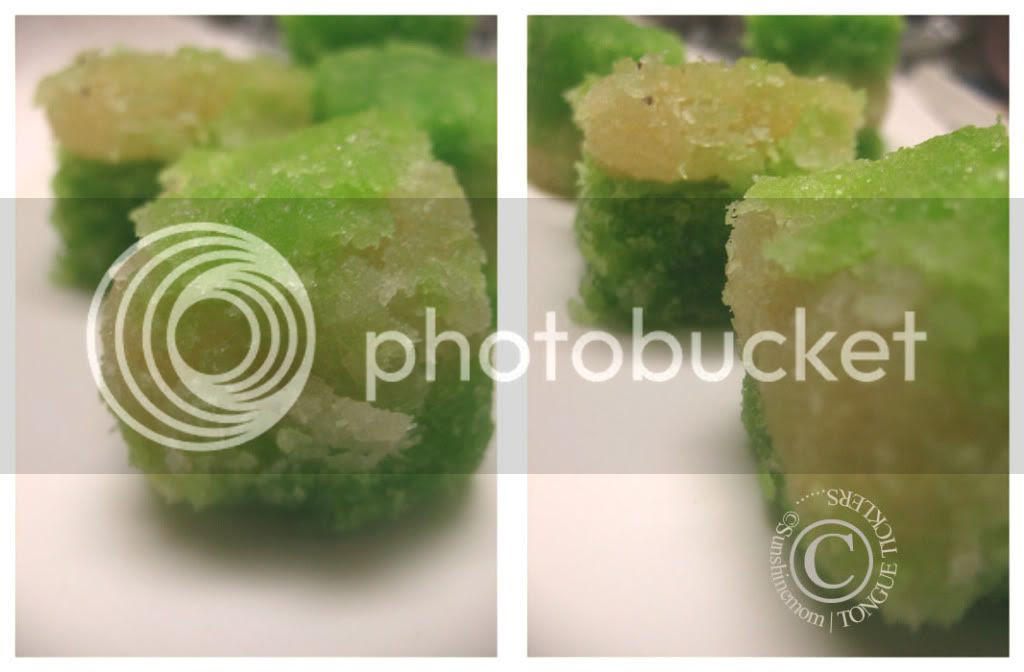 These are the items I shared - Vegan Brownies, with less fat and vegan cakes I adapted from Daily Delicious. I made them the day before the meet using coconut milk, and the cake tasted extremely delicious and turned out soft and crumbly. The texture was heaven. But I felt it was a tad fatty so when I made these again for Alka and Simran, I decided to reduce the oil and omit the coconut milk - the low fat cakes are good for the waistline but they are dry - next time I will think twice before I do such things when I am gifting! Let me see what they think - I am yet to know what She and Alka think about the low fat vegan nut cake:).

Here are the pictures: 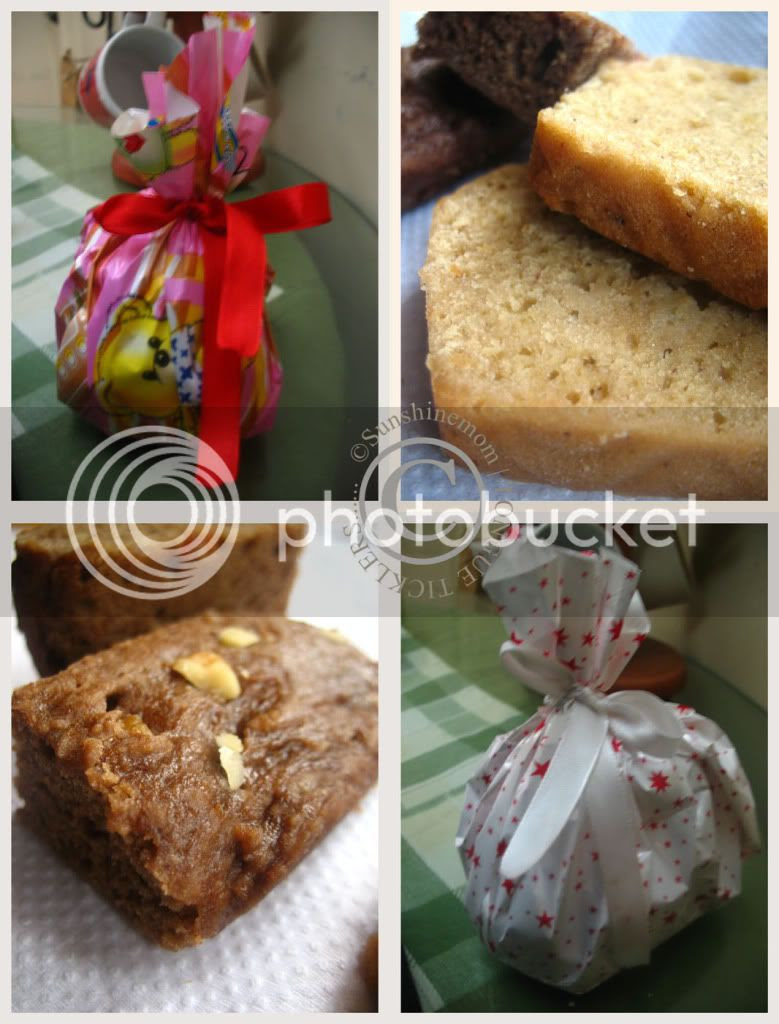 Will put up the recipe after perfecting the right amount of fat:)

Marie, we missed you, but then I know you are having a great time with your Mom and preparing all those Christmas goodies, so enjoy! I hope we are able to involve more bloggers next time, but this meeting will always remain special. I just made to the other party at 9, and I met up with some of my friends, returned late and just dropped down like a pile of bricks on my bed - dead tired and happy at the end of a very eventful and a great day:).

Now, you know HC! Why I needed some time to post the gift idea! Happy Cook (Vijaya) had a "Christmas Gifts" event at her place which ended on 20th. I could not post anything within the time limit but I am linking this with her post as I wish I could have done it earlier!